How Parallels RAS Autoscaling works with RDSH based on RAS Template 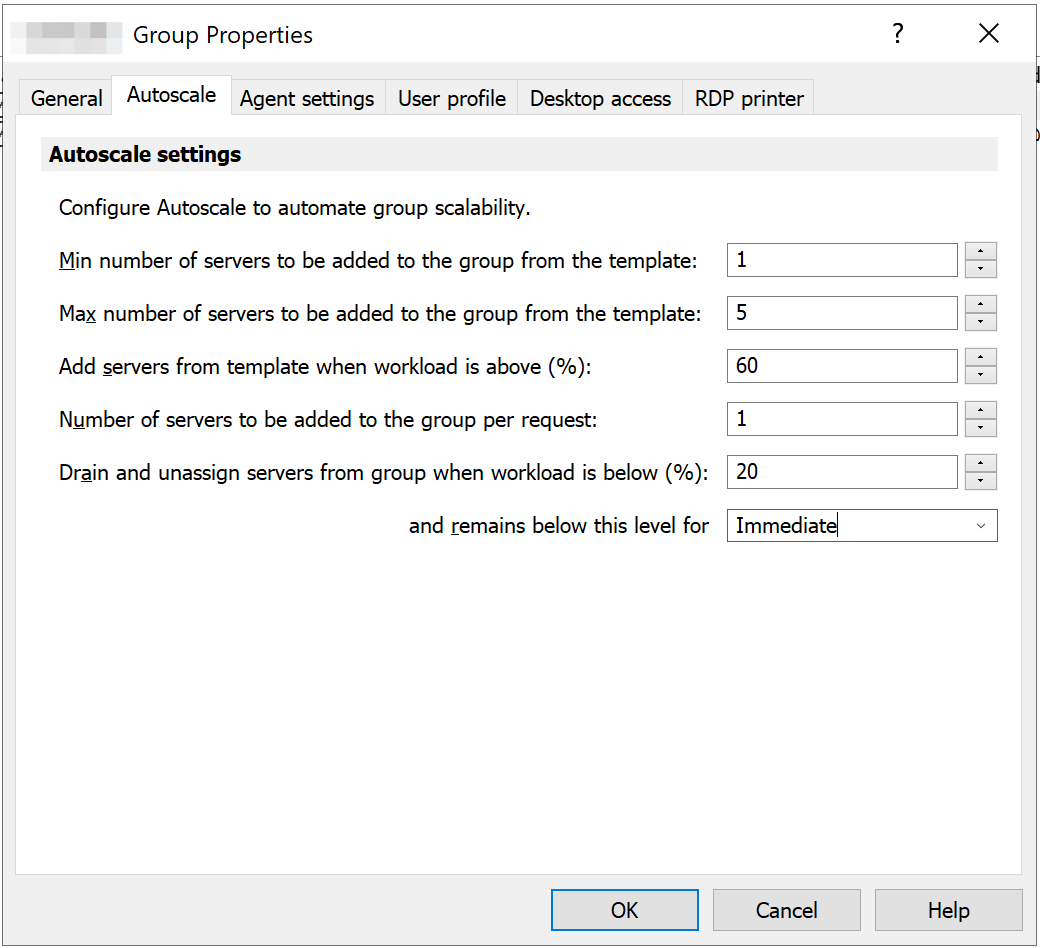 The RDSH group workload is calculated based on the sessions (active/disconnected). The maximum sessions value configured in the RDSH group properties > Agent settings is taken into consideration as well. Sessions currently running on the hosts can be viewed from the Site Info page or from the session management page in the Farm category section.

How the auto-scale action is triggered

The checks for RDSH template requests and un-assignment are triggered by one of the following scenarios:

Note: Only the primary Publishing Agent of each site will trigger/process the mentioned checks. The check is not triggered immediately when the apply notification is received because there might be agents that need to be redistributed in a multiple Publishing Agents environment.